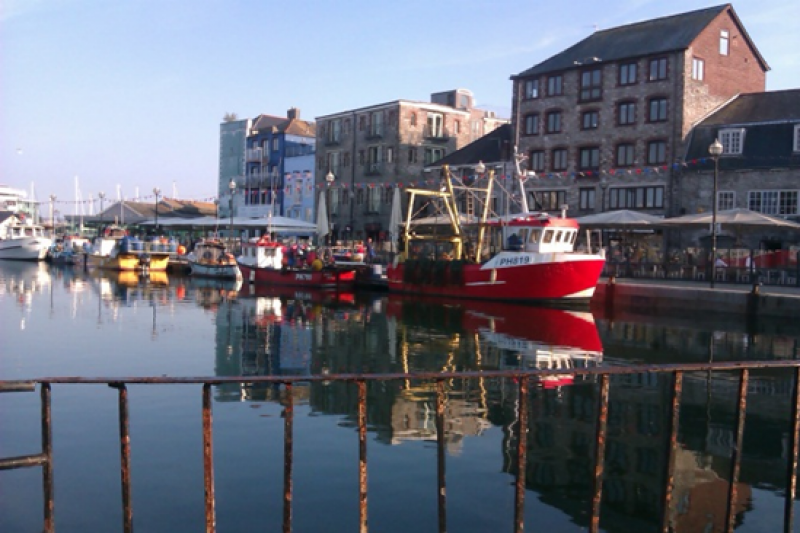 Challenger Society for Marine Sciences 2014 Conference
The travel grant from the Challenger Society enabled me to take part in the Challenger Meeting in Plymouth in September 2014 and present my work on ‘The impact of a collapse of the West Antarctic Ice Sheet on the global tides’ to scientists from all around the world. The conference was held in Plymouth University and brought together scientists from a number of large amount of different fields ranging from ocean dynamics all the way through to the biology of the deep ocean.

Sessions with short talks were interspaced with very interesting plenary talks in which speakers delved into the depths of specific fields. I especially enjoyed Emily Shuckburgh’s talk on mixing in the Southern Ocean and Adrian Glover’s insight into deep sea mining.

My talk was part of the Tuesday session Observation and Modelling and set in the Southern Ocean section which dealt with some very interesting aspects of the oceanography and climate science of the Southern Ocean region. From the questions posed after the talk I had some very interesting and helpful discussions with colleagues at coffee break which have already lead to some new research ideas feeding into the final stages of my PhD.

But of course a conference week does not only involve work: A highlight was the ice breaker which was held in the National Marine Aquarium on the harbour front. I was fascinated by the wealth of sea life on display in the aquarium and was glad about the opportunity to meet some very interesting fellow scientists. We spent a couple of very nice and sociable evenings in the Barbican (pictured) which hosts a number of excellent sea food restaurants and met a number of very interesting colleagues and had some inspiring discussions. On Wednesday afternoon, me and three colleagues ventured out to Wembury to go snorkelling and got to see species such as blue rayed limpets.

It was a great meeting which allowed me to create further links with the international oceanography community and sparked new research ideas. I would like to thank the Challenger Society for providing the funding for this rewarding experience.

Profile:
Sophie-Berenice is a physical oceanography at Bangor University looking at the impact of sea level changes on the tides in the past, present and future. She focusses on the impact changes ice sheet configuration have on sea level and analyses the resulting changes in tidal dynamics. Sophie is currently finishing her PhD at Bangor University. She completed an MSc in Climate Science in Bern, Switzerland, after graduating with a BSc (Hons) in Ocean Sciences at Bangor.