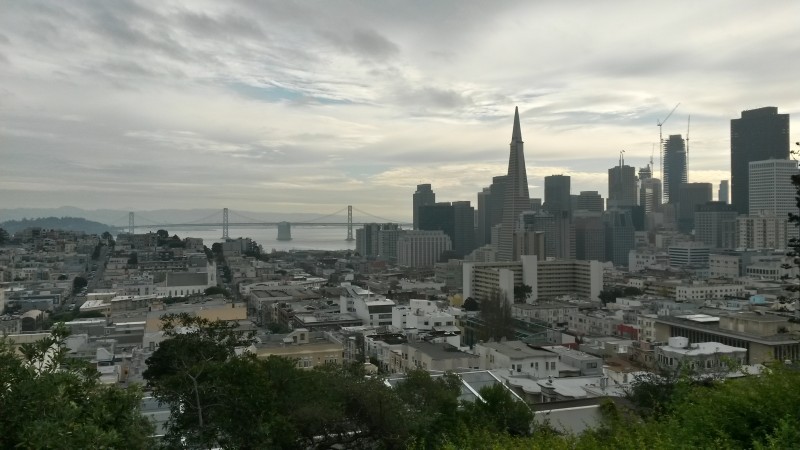 Photo caption
San Francisco: Home to 23,000 Earth and Space scientists for one week every December!


In December 2016 I headed to San Francisco to attend the American Geophysical Union (AGU) Fall Meeting. The science began before I even arrived, with some stunning views of Hudson Bay sea ice out of the plane window! Arriving at the conference, I felt a real sense of excitement for the week ahead – this is the largest Earth and space science conference in the world, with over 23,000 attendees this year.

The range of science on show was phenomenal. At any one time, there are dozens of scientific talks taking place across 26 subject areas. This was one of my favourite features of the conference: as well as attending lots of talks and checking out lots of posters in my field (palaeoceanography and palaeoclimate), I was able to explore a whole range of different fields, often spotting connections to my work that I hadn’t thought about before.

A highlight for me was, of course, giving a talk on my research. I shared some of the key results of my PhD project, focusing on the oceanographic history of the North Atlantic way back in time, 23 million years ago. My results also provide new insight into the Oligocene-Miocene Transition, an interval when the Antarctic ice sheet doubled in size over around 100,000 years, before melting back to its original size, causing a dramatic rise in global sea level.

I also had the privilege of hearing several senior figures from the broader world of science speak. Climate scientist Katharine Hayhoe spoke about lessons she’d learned about communicating her research to the wider public. Later in the week, Marcia McNutt, president of the National Academy of Sciences gave an inspirational talk about the power of convergent research and working across disciplines.  Talks from Jerry Brown, Governor of California, and Sally Jewell, Secretary of the Interior in the Obama Administration, were incredibly inspiring, talking about the power of science even in these turbulent political times.

I’m incredibly grateful to the Challenger Society for their travel award, without which I wouldn’t have been able to attend this conference.

Richard is a final-year PhD student at the National Oceanography Centre, University of Southampton. His research is in the field of palaeoceanography, studying behaviour of the oceans in Earth’s geological past. To do this, he analyses material drilled from a sediment core at a site around 4km deep in the North West Atlantic, off Newfoundland. A variety of geochemical, biological and sedimentary indicators help reconstruct ocean conditions around the Oligocene-Miocene boundary, 23 million years ago.

Before starting his PhD studies, Richard completed a Bachelor’s and Master’s degree in Natural Sciences at the University of Cambridge. As part of his Master’s thesis, he spent a month working at the Marine Biological Laboratory in Woods Hole, Massachusetts.