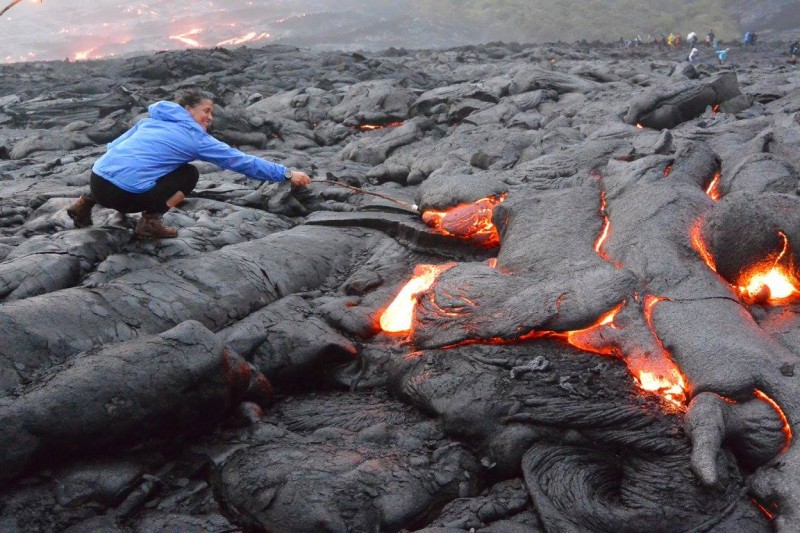 This summer, the Challenger Society Student Travel Award gave me the opportunity to present my research at the 13th International Coral Reef Symposium in Honolulu, Hawaii. Held every 4 years, ICRS is by far the largest and most important meeting in the world of coral reef science, hosting over 2,500 delegates from at least 80 different countries.

Attending ICRS had been one of my career dreams ever since I became interested in the field of coral biology, and I was not let down. Over the five days I sat in more than one hundred talks, covering topics from molecular biology and microbiology all the way to the management and conservation issues that coral reefs currently face. As there were often up to ten concurrent sessions, I had to perfect the art of ‘session-hopping’ so I wouldn’t miss the talks I was most interested in. I had no idea one could learn so much in only 5 days!

My presentation was on coral photoconvertible fluorescent proteins as a potential adaptation to low light environments, a research project I completed during the first year and a half of my PhD. Although I had presented these results before, this was the first time I showed them to leading experts in the field of coral fluorescence. Some of them gave me very positive feedback, which made it worth the hours I had spent preparing my slides and rehearsing my talk.

The conference was also a great occasion to catch up with colleagues and to build new connections. In the breaks between sessions, I had meetings about projects that will be part of my future PhD work, which involve collaborations in California, Scotland and Israel.

After the conference, I had the opportunity to spend some time exploring Hawaii with my colleagues. Among many highlights, I had the incredible luck to witness a lava flow from the Kilauea volcano and to scuba dive with a group of manta rays.

Presenting at ICRS was has been one of the best and most productive experiences of my PhD studies so far, and I am extremely grateful to the Challenger Society for Marine Science for funding my attendance.


Profile:
Elena Bollati is a second year PhD student with the Coral Reef Laboratory, University of Southampton. Her research focuses on using coral fluorescence as an indicator of environmental stress in tropical coral reefs. The project involves long term experiments in a mesocosm aquarium, where by manipulating temperature and water quality Elena explores how the interaction between multiple stressors affects the optical properties of corals.