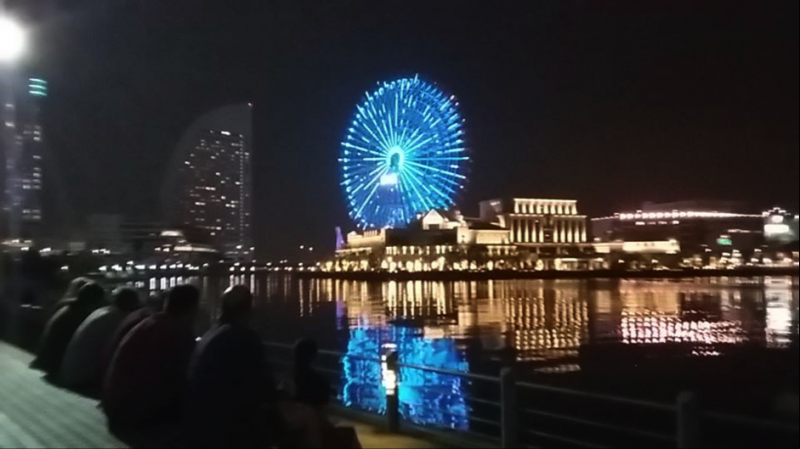 Thanks to a travel award from the Challenger Society I was able to attend the Goldschmidt geochemistry conference in Yokohama, Japan. Having never travelled anywhere in Asia before I was excited to get the opportunity to attend a conference on the other side of the world and experience a different culture as well as meet other American and Asian based researchers that I may not have met at other European based conferences.

I was pleasantly surprised at how easy it was to get around and order food in restaurants despite not being able to speak or write any Japanese myself. This is largely helped by how polite everyone is. All of the signs have the English spelling of locations which are pronounced generally as you would expect them to be in English which is a big help.

Goldschmidt is a huge conference that covers topics from the chemistry of meteorites to mineral deposits and everything in between. My work focuses on understanding how trace metals are supplied to the ocean and utilised as nutrients by phytoplankton which is important for the drawdown of CO2 from the atmosphere via the biological carbon pump. Most of the talks I attended were directly related to my research however I also like to attend talks that apply the same methods I use to different questions. The Goldschmidt app is very useful for this. It enabled me to organise my time wisely at the conference without having to carry around the conference programme which is about the size and weight of a brick. Being able to organize my time in this way enabled me to attend all the key talks directly related to my work but also enabled me to attend talks outside my usual sphere of knowledge so I can get a handle on what’s going on in the wider world of ocean geochemistry.

My talk was on iron colloid (also referred to as nanoparticles) formation in hydrothermal plumes in session 12d on the Oceanic Cycling of Trace Elements using elemental, isotopic and modelling approaches: Geotraces and beyond. The keynote at the start of the session highlighted hydrothermal plumes as a subject of debate due to conflicting lines of evidence from isotope and speciation studies and it was great to be able to contribute to this discussion directly with my research.

Afterwards I was able to discuss my research with several scientists who wrote key papers on this subject that are cited many times in my thesis. Through friends I’d made at Goldschmidt in Prague the previous year I was also able to meet other scientists researching a range of subjects from Universities in Arizona, Oxford, Southampton, Ankara, Leeds and Tokyo.

My other conference highlights include the Samurai demonstration before one of the poster sessions with confetti used creatively to show when a fatal blow had been inflicted! And also Liane Benning’s plenary talk on climate change in the Arctic which also mentioned my favourite subject, Fe nanoparticles.

Whilst I wasn’t blown away by some of the more traditional Japanese food I thoroughly enjoyed visiting the country and attending the conference and would jump at the opportunity to go back and visit Japan for fieldwork, another conference or on holiday.

Mr Alastair J.M. Lough is Postgraduate research student within Ocean and Earth Science, National Oceanography Centre Southampton at the University of Southampton. His research focuses on biogeochemical processes that supply iron and other nutrients to the oceans. Specifically iron sourced from hydrothermal plumes and diagenetic processes in continental margin sediments. http://www.southampton.ac.uk/oes/postgraduate/research_students/ajml1g12.page