International Association of the Physical Sciences of the Ocean 2015: Prague 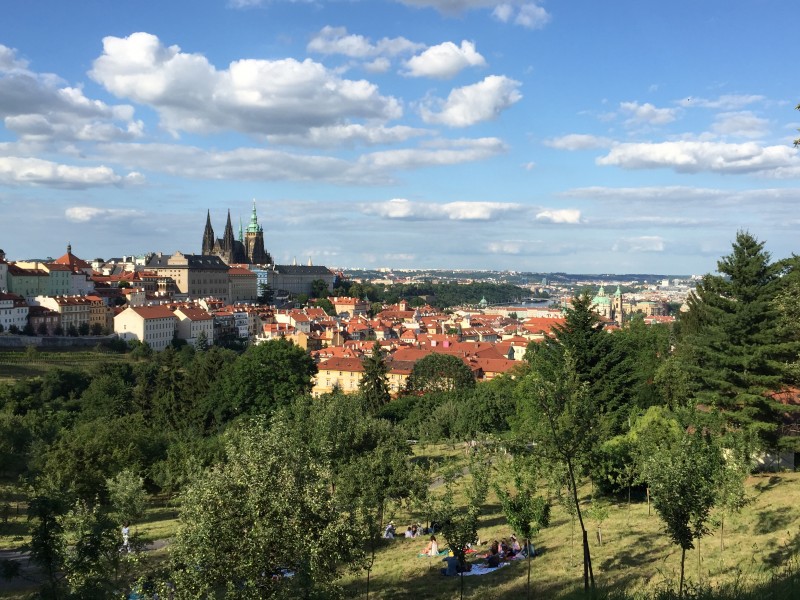 The biennial meeting of the International Association of the Physical Sciences of the Ocean (IAPSO) is one of the largest international conferences for physical oceanographers. This year it took place from 26th June to 1st July in Prague, Czech Republic. It attracted more than 1000 scientists who came to discuss their latest research spanning all aspects of oceanography from large-scale circulations to fine-scale ocean mixing processes and biogeochemical pathways.

IAPSO provided a great opportunity for my first oral presentation of my PhD results to an international audience. I presented in the Physics and Biogeochemistry of Semi-Enclosed and Shelf Seas session, talking about some brand new observations, which form part of the Shelf Sea Biogeochemistry project. Although I presented on the last day of the conference I received a lot of feedback and had some interesting discussions afterwards.

One of the highlights of the conference was a union lecture by Nicolas Gruber (ETH Zürich) on the ocean’s role in the carbon cycle. It was a really inspiring talk, which concluded with an estimation of the value of the ocean’s ecosystem service of an astonishing $25 billion! Other highlights included the early career session and the IAPSO opening talk by Walter Munk on internal waves.

IAPSO was a great meeting and the fairly long breaks between sessions also allowed time for in-depth discussion without missing any talks, but also to catch up with old friends. I have also had the chance to make some new links in the oceanographic community, which will hopefully lead to future collaborations.

The attendance at IPASO was a very useful and exciting opportunity and many thanks go to the Challenger Society for their financial support that enabled my attendance.

Profile: Juliane Wihsgott is a physical oceanography PhD student at the University of Liverpool. She is currently using observational data to better understand the energetic budgets in shelf seas. Before starting her PhD in 2013, Juliane completed a BSc in Meteorology and Oceanography at UEA and as part of this undertook a yearlong placement at NOC Liverpool researching a mixing mechanism in Liverpool Bay.

Twitter: Science and Summer in Prague #iugg2015, thanks for travel support @challengersoc #oceanography