Carbonate chemistry and copper at the 2018 Challenger Society conference 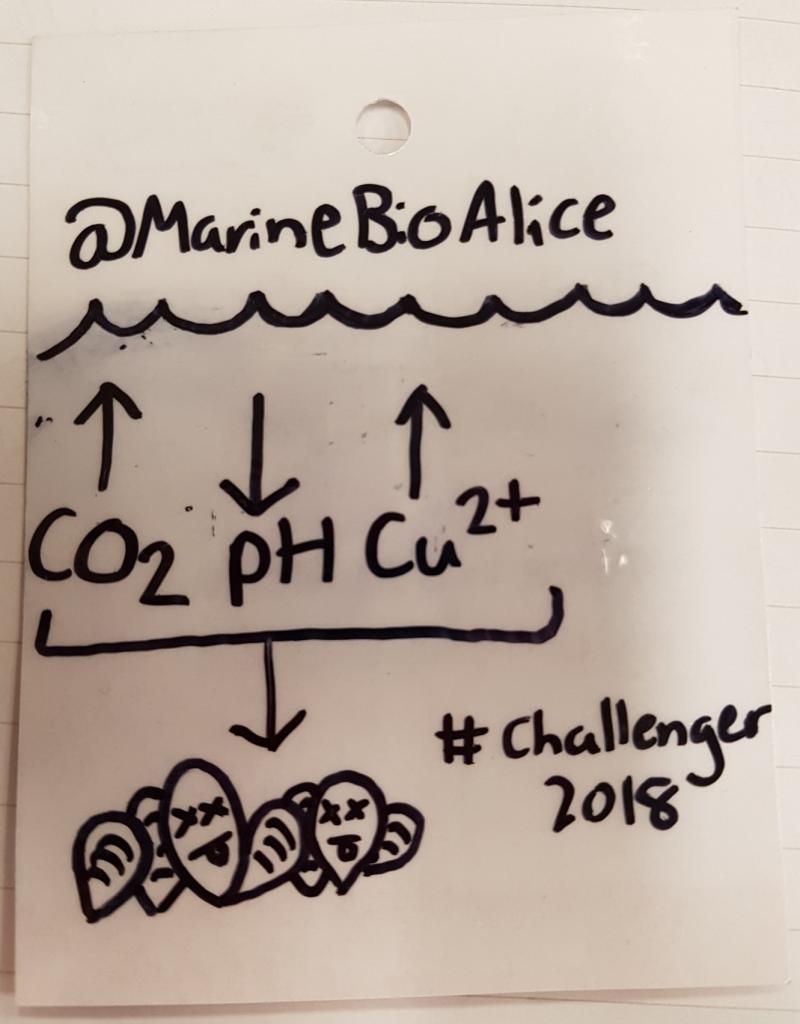 The Challenger Society 2018 conference was my first scientific conference as a PhD student, and my first opportunity to present my research. Thanks to the generous contribution of the Challenger Society, I had a fantastic week learning about cutting-edge research across different fields, meeting other students and academics, and exploring the sights of Newcastle.

As my background is in biology, I was looking forward to stepping out of my comfort zone into an oceanography-focused conference. Physical and chemical changes to the oceans are fundamental to my research, and it was valuable to learn about these from a different perspective. The talks and posters were all very accessible to me as a non-specialist. I also attended talks on topics I had never really considered before the conference, such as using gliders to monitor ocean acoustics, the physics of ice and waves, and the colour of the future oceans. The conference had a really friendly environment, and presenters were always willing to chat about their work during coffee breaks. I had some great discussions with a group from the British Antarctic Survey about what an Antarctic winter is really like, and with NERC scientists about the new Climate Linked Atlantic Sector Science project, which have both given me ideas about my future career.

One of the highlights of the conference for me was the Early Career and Diversity event on the first day. This featured a panel discussion, talks from scientists at different career stages inside and outside academia, and lots of advice on how to survive as a scientist. The panel discussion in particular was excellent. It was especially encouraging to hear from successful academics that they appreciated the challenges that early career researchers face, and the steps they have taken to help them feel supported. One of the outcomes of this discussion was that, throughout the conference, session chairs asked for questions from early career researchers first, as a recent study showed that if the first question after a talk is asked by an older male academic, there will be fewer questions from women and early career researchers overall. This contributed to the overall supportive feel of the conference; despite attending by myself, I felt welcomed by researchers at all career stages.

We were encouraged to use Twitter throughout the conference, which was a great way to keep up to date with everything that was going on. One of the best contributions from this was the idea of “badge abstracts”, where attendees drew a picture representing their research and their Twitter handle on the back of their name badge. It made for a good ice-breaker when approaching new people, and an easy way to explain your research.

On the final day of the conference, I presented my research so far through a talk titled “How do natural cycles in carbonate chemistry affect copper toxicity for mussels?” I was pleasantly surprised by the number of people who attended, especially as the conference dinner had taken place the night before! This was a perfect environment for my first talk, as I had already seen how young researchers were supported during their presentations and so didn’t feel intimidated despite the number of academics in the audience. I also had some valuable discussions after my talk. I was even contacted by Dr Phil Williamson to ask if he could present some of my data at an ocean acidification science-policy meeting, an outcome I would never have had without attending the conference. I hope that I managed to make ecotoxicology understandable and interesting to oceanographers, in the same way that their research was to me.

The Challenger Society conference was a fantastic experience, and I would encourage any other early career researchers to attend. I made some valuable contacts as well as good friends, and learned about research I would not have otherwise known about.

Profile:
I am a second year PhD student in the Department of Biosciences at the University of Exeter. My research focuses on how natural variability in coastal areas affects how marine invertebrates respond to pollutants. I am interested in the extent to which animal physiology and pollutant chemistry contribute to ecotoxicological responses.